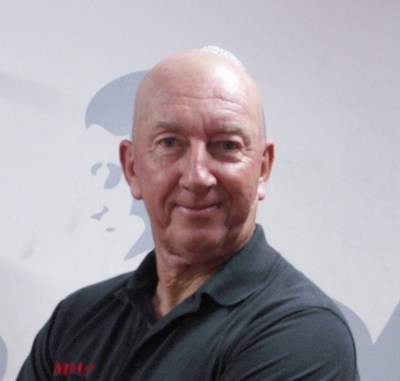 Cliff Walkers reputation precedes him, it has always preceded him. The first thing I heard about Cliff before I met him was about his honesty, his integrity and the fact that he was an ordinary guy who had done extraordinarily well.

That was more than 30 years ago. I had a cosmetics company, I was hoping to get Cliff on board, but the timing didn’t fit with him back then.

Little did I know that it would take more than 30 years for the timing to be right for us to work together!  But here we are, and I’m loving it!

His ability to understand and connect with people at all levels alone is just amazing, but when you add to that the way he can envision the most complex and multi-faceted projects, and strategically scrutinize every element, every option and every procedure, then re-engineer it into a more workable, more practical, more user friendly approach, he is, in my estimation, nothing short of a genius.

Cliff hasn’t changed at all, he’s exactly the same as he’s always been, He’s still just like the guy next door, regardless of his phenomenal success, and my respect for him has grown proportionately. 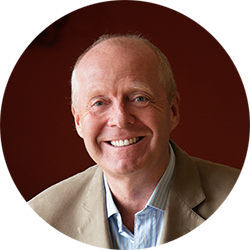 Cliff was one of my original mentors, and has turned into one of my lifelong friends. Much of what I know about this business, and the considerable success I have enjoyed, I attribute to Cliff’s coaching and support.

Cliff and I have worked together on numerous occasions, and beyond the fruits of success we’ve had through our partnerships, the fun we have also had has been immense …and success without smiling and laughter is not truly success …

Thank you Cliff for all the fun times we’ve had, and hopefully many more to come. 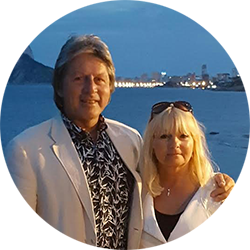 We first had the pleasure of working with Cliff back in the late 80’s and in all the years we have known him he has never failed in giving anything but 100% of himself in helping individuals achieve whatever their own personal goals and aspirations in life. His knowledge and experience is immense!

Cliff is not one of those who just “talks the talk”. He is one of the few leaders that “walks the walk” and for all these reasons we sincerely consider Cliff to be one of the great, true ambassadors in this awesome life-changing industry. If you are ever given the opportunity to work alongside Cliff then we would say “grab it with both hands!” 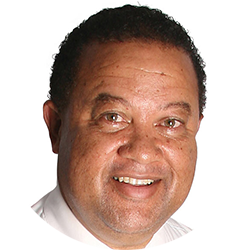 As a Member of Parliament who has held many Governmental positions and met many Leaders around the world, there is one quality that has always stood out to be a Great Leader, and that is a Leader who has is a Servant Leader.

Cliff Walker is such a person, a servant leader, in the true sense of the word. I recall meeting Cliff over a year ago and in spite of all he has achieved, he was willing to take time out and give me guidance.

Cliff in addition to being a Leader is one of the Greatest Network Marketers I have known. He is always willing to give instructions to others, even those not on his team. Many times I have observed him taking notes at conferences which shows he is humble enough to take his own skills to another level. Cliff has one of the greatest marketing systems I have ever seen.I am fortunate to have met this great leader. 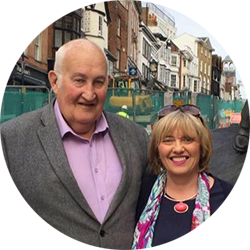 Cliff is without question one of the best Trainers in the Network Marketing Industry. We have known Cliff for fifteen plus years and know him to be a man of commitment and integrity. When our paths crossed again three years ago we had no hesitation in taking the opportunity to work alongside him. Cliffs’ work ethic and knowledge of the Industry is second to none. 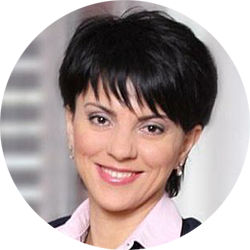 Cliff is the greatest leader I have ever met in Network Marketing. His vision and commitment to help others to succeed is incredible. The systems he has created to teach and support his team are absolutely unique and priceless. I am honoured to work with him, it’s an absolutely amazing experience. I am convinced that by working with him you will have a bright future in the business. 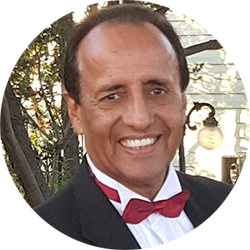 I have had the pleasure of knowing Cliff as a colleague, a mentor and a close friend. His relentless drive and vision could climb the tallest mountain and take a million people with him. If you are fortunate enough to have a chance to work Cliff and listen to his teaching pay close attention, as you will be working with a man of high integrity who is totally committed to supporting his team. 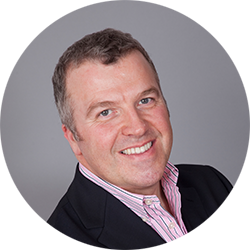 Cliff was my sponsor for my first and only network marking business. He was amazing. A great teacher, always at the end of the phone. Happy to answer any questions and most importantly he was there to build my confidence. Cliff is more than a sponsor… He’s a coach, confidant, and friend. 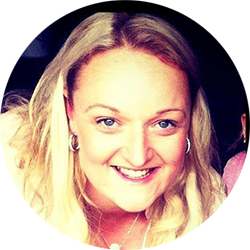 Cliff Walker exemplifies all of the best qualities of a leader in Network Marketing! I appreciate his genuine desire to help and support others, a willingness to help not only me personally but also extends this to the entire team. Cliff is a true professional, someone with incredible integrity and humility. I feel honoured to work alongside and have access to a 7-Figure Income earner and mentor. Cliff ‘s help and guidance has enabled me as a first timer in the industry to build a team of tens of thousands of people all around the world and to create a 6-Figure residual income in under 2 years all while working part-time from home and enjoying total time freedom. Cliff Walker is someone I admire tremendously and one of the best leaders in the industry!

Thank you for everything you do Cliff! 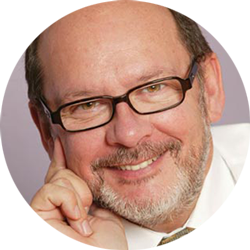 Cliff is one of the hardest working people I have ever met in my 26 years in the MLM industry.

As a leader, as a coach, as a sponsor, Cliff is one of the top, one of the best of the best, and I believe he has a deep understanding of our industry.

If you are looking to work with Cliff, I am sure you will learn massively and derive great benefits from his focus and incredible work habits. 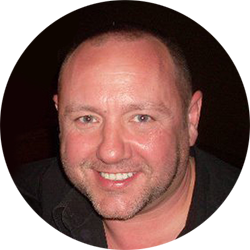 On meeting Cliff I was refreshingly impressed by his positive no-hype approach to business. I have found Cliff to be a person of high integrity who provides a collaborative and supportive environment to work within. He has provided the professional leadership required to help me successfully transition from a corporate background to the Network marketing field. Cliff is genuinely passionate about helping others succeed and is a true professional at doing so. I am honoured to have partnered with Cliff on my continued journey of success 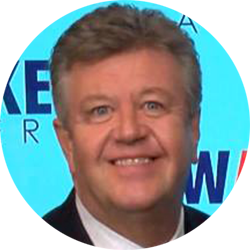 I had the good fortune, several years ago, to meet, get to know, work with and become a close friend of Mr. Cliff Walker. At the time, Cliff was the leading distributor for a telecommunications company based in the U.K. and was interested in fresh or alternative ways that he might support and nurture his rapidly expanding organization.

Fortunately for me (and Success by Design), he thought I may be able to contribute something. I made several trips to England over a period of about a year and a half. Cliff, and his wife Bev, were gracious hosts each time, and Cliff and I covered a lot of countryside, days at a time, doing trainings.

What I observed from Cliff was a mastery of service, listening, commitment, and compassion rarely seen in my more than 30 years of network marketing. Although I was always billed as “the trainer”, it was I who benefited the most by watching Cliff change and touch people’s lives with knowledge, kindness, skill, and authenticity. The loyalty, affection, and productivity he effortlessly generates from others is awe inspiring.

Although we have kept in touch, and not worked closely together for several years, and Cliff has “relocated” from England to Uruguay, I look forward to the day when we can once again be afforded the opportunity to work together.

In the 24 years since the founding of my company, I can count on one hand the number of individuals I’ve met that symbolize what that organization stands for. Cliff Walker is one. 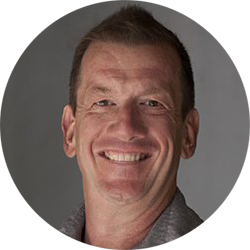 I am very grateful that the universe finally aligned to let me work together with Cliff. I have been in the home business industry for 10 years and never seen anyone that supports his team like he does. The systems and tools that he gives freely along with coaching, support, and a huge willingness to develop success in others make him extraordinary in this industry. If you have the opportunity to work with Cliff, grab that opportunity with both hands. 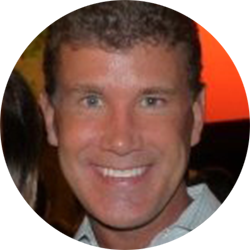 Cliff is a very well respected and talented Network Marketing leader. He was instrumental in creating the founding team that helped our company – Euphony Telecom – become the fastest growing network marketing company in the United Kingdom. Cliff ‘s leadership and training skills not only helped him become one of our top income earners but also added huge value to our business and the company’s distributor base. 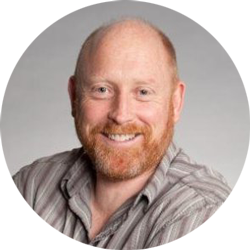 What sets Cliff Walker apart from other Network Marketing leaders is his total commitment to give his team what they need to be successful; and the high level of integrity he operates at. From personal experience I can truly say, anyone fortunate enough to work with Cliff Walker is working with the “Best of the Best”. 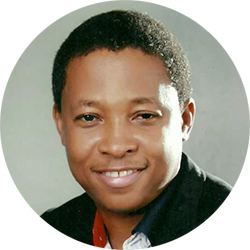 There are leaders and there is the leader’s leader. Cliff is the leader’s leader, a true network marketing professional with a great heart to see you succeed. I have been greatly honoured to personally be mentored by him. One recurring question when we get to talk is, ”What else can I help you with” or ”How soon can we get you to this next milestone”. That’s the heart of this great 7-Figure income earner.

With his support and mentoring I grew one of the fastest team to come out of Africa with my primary business within 12 Months. He is truly the go-to guy. The systems he has created to teach and support is absolutely priceless. Having access to Cliff and his system will revolutionise your business. Period, end of story.

Thanks Cliff for the push time and again!

"...transition from fear, doubt and worry to a place where absolutely everything is possible"